In this blog, I will describe the work of various Spatial Industries in the 21st century, which have the idea to harness the power of Spatially data for map entire world around us. If you want to know what that power is then read my previous article.

The Spatial Industries before 21st century has been a  niche one but things are certainly changing after Google’s entry in the mapping industry back in 2005 with Google Maps which was an indication of the power of spatial use. Also according to the US Department of Labor, Geospatial technologies, along with Nanotechnology and Biotechnology, are three most important high-growth industries for the 21st century.

Be it Self-driving cars or UAVs or Wearables or Virtual Reality or Citizen Sensors that were showcased as the powerful 21st century products after computer and mobile, they all have a spatial connection enabling the next generation of informatics. That means maps, which are the representation of spatial connection, are essential for almost any kind of hardware today.

As maps are the bastion of the Spatial Industry so we have to store its data. There are various spatial vendors such as Oracle Spatial, ESRI, MapInfo, Autodesk, Bentley, and Intergraph which have their own formats to store 3D geometry data.

Spatial Industries as IntelliDrive initiative are working on enabling connections among moving objects such as cars, pedestrians, and bicycles, to help avoid collisions. It aims to enhance safety, mobility, and environmental factors via wireless connectivity among vehicles.

Check out the given video to see how Mercedes is using it.

HERE under Nokia had a vision of providing location intelligence like google’s self-driving car. This allows vehicles to tap into the HERE Location cloud and sensor readings from other vehicles around you to understand a slice of the future. It can effectively ‘see’ what’s happening on the road ahead and inform the driver when it’s time to slow down because there’s heavy traffic around the next corner, or to re-route because there’s a more efficient alternative given the current conditions.

By Google glass, we can track our rides, easily get turn-by-turn navigation and various social application and thus can record our spatial journey easily as shown in the video below.

Besides Google, other companies are also making glasses, check out the link for more.

UAV or drones can be used to guide for navigation or to capture the earth images at high-resolution for remote sensing analyzes. It can also be assisted with the flood efforts for delivering food.

But the coolest one is, it can also be used to take selfies or videos from any angle in space while doing trekking, cycling or racing. Check out this video below.

This technology is in research mode as it has endless uses by various organizations. If you have time see a TED talk by Vijay Kumar

Spatial Augmented reality applications by SpaceGlasses company are providing real-time place-labeling in the physical world and providing people detailed information about major landmarks nearby. It augments real-world objects and scenes without the use of special displays such as monitors, head mounted displays or handheld devices. SAR makes use of digital projectors to display graphical information onto physical objects. It is in its initial stage. Check out the given video for more.

Microsoft HoloLens can transform our world by digitizing everything spatially around us. The holographic computing overlay visual information into the user’s field of view. Holographic computing blends a view of the physical world by creating a hybrid of real and virtual. It gives a natural sense of depth that human vision employs to understand the spatial relationship. It is the collaborated project between NASA’s research center JPL and Microsoft.

The transformational potential of Spatial Industries is evident. From Virtual Globes, such as Google Maps, to consumer GPS devices, and then UAV with the other spatially dependent technology, our society has benefitted immensely from spatial Industry and their products. Thus, this blog shows a sign of the exciting times ahead for the Spatial Industry bringing the computing scenarios of “Iron Man” to life. 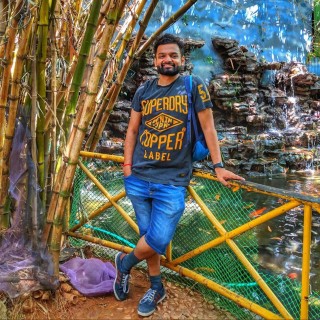